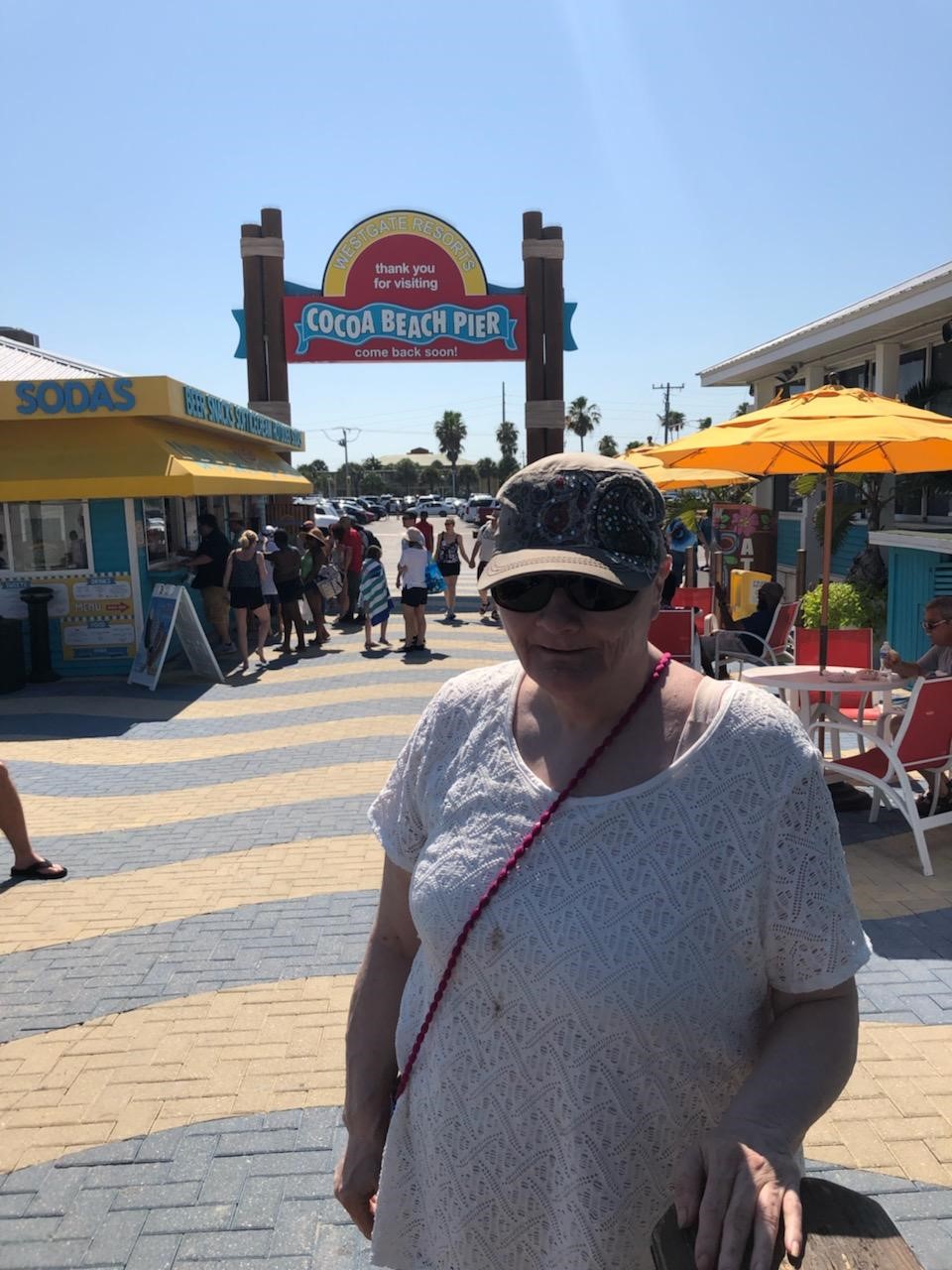 Trip of a Lifetime

Trip of a Lifetime

How do you pack for a trip to a place you have never been, on a means of transportation you have never ridden before and what do you bring to your first amusement park? Cathy is now able to answer these questions as she crossed so many things off her bucket list with a trip to Florida which was made possible by CCRI.

Cathy had never been on a plane before, which means she had never gone through TSA, checked a bag, and all the other checklist of things you must do before even getting to the plane. She pulled up to the airport and got checked in only to find out the lady behind the counter not only had the same name as hers but was spelled the same way as well. The sense of nervousness began escaping her as she had established a familiarity with the gal across the counter. Going through TSA was a breeze. Cathy was carted off and inspected separately due to her wheelchair, but immediately made friends with the gal that was screening her. They chatted about Florida and what Cathy should do when she was there until the inspection was complete. She sat ready to go with a travel pillow around her neck and headphones snug to her ears not a person in that airport would have realized this was her first flight. She was one of the first to board the plane and immediately claimed the seat next to the window. She opened the tiny window shade and saw the rain spackled window overlooking the tarmac. The intercom turned on and she heard the emergency procedures and finally the pilot came on and told the flight attendants to prepare for departure. Cathy knew what that meant. The plane got to the runway and the engines began to blare. The plane began to speed up and the rain drops that once spattering the window began streaking off towards the back end of the plane. Before she knew it, she was in the air and not long after she was fast asleep.

About 20 minutes before landing the pilot came on the intercom again to say we had made it and gave the local time and temperature of Florida. Cathy only heard that we had made it to Florida and quickly unbuckled her seat belt and was ready to stand up and get off the plane. She looked out the window only to see the lights of the town below and the realization of being in a new state became real. Cathy stated, “flying is a piece of cake!” as she sat down and buckled her seatbelt once again. The landing was second nature for Cathy. She departed the plane and was ready for her next adventure. Cathy determined a good neck pillow and headphones was what she needed to pack for future plane trips.

Florida was new territory for Cathy, she hadn’t been outside the state of MN or ND in quite some time if ever that she could recall. A new state, this far away was a dream come true. The drive towards the hotel was filled with talk of the skyline of Orlando. She loved the lights and the buildings that filled the night sky. She loved the palm trees that lined the highway. It was all new and different. It was hard for Cathy to believe just how far she was from home when she looked at a map.

The first day Cathy was going to see the ocean for the first time. Cathy picked up some sunglasses and some other souvenirs and headed towards The Pier at Cocoa Beach. Once she got towards The Pier, she could see the blue in the distance and commented about how it didn’t seem to end. The Pier goes way out into the ocean, so Cathy made her way all the way down towards the end. She sat on the bench and commented on how mesmerizing it was to watch the waves crash onto the banks of the beach. The beach was lined with people due to the Memorial Day holiday. She loved watching the kids build sandcastles. She watched as the people would walk out into the water and see how each wave would knock them back a bit or stop them in their tracks. She saw cruise ships in the distance that were either embarking on a journey or returning from one. After over an hour, Cathy was ready to leave her view. She determined that a day at the beach would require packing sunglasses, light clothing, hat, and sunscreen.

On day two, Cathy was going to go to her first amusement park. Since she didn’t get to see any dolphins in the ocean, it was decided that SeaWorld would be a guaranteed spot for her to check them out. It was a hot and humid day but the views she saw that day would trump the weather. The day was jam packed with activity. Cathy saw every show possible and took part in any hands-on activity she could. She touched a sting ray and got to pet a shelter dog from a performance. She saw sea lions, sea turtles, so many different types of fish, whales, and so many more animals that she had never seen up close before. However, as predicted the best part for her was the dolphins. She saw them swimming under water through the underwater aquarium. She saw the baby dolphin sanctuary and compared them to the bigger ones she had seen earlier. However, the best part for Cathy was the Dolphin show and the Killer whale show. Each time the animals jumped out of the water Cathy would clap in approval and comment about how far they can get out of the water. She enjoyed seeing the dolphins catapult the swimmers into the air. And of course she laughed when she saw the animals splash water on the audience in the first few rows. With the extreme weather, Cathy decided to end her day with a big bowl of ice cream to cool her off. She realized that a day at an amusement park requires lots of liquids to stay hydrated and of course sunscreen.

Throughout the trip, it became apparent that this was something that Cathy needed. Previous trips for Cathy have been day trips or single overnight trips to Detroit Lakes or Bemidji, which doesn’t feel like a true vacation. Vacations are a way to relax and refresh from the day to day monotony of a routine. This trip fulfilled that unmet need for Cathy. She was able to focus her attention on the time away and forget about any worry she had back at home. Her first trip on a plane to a place far away, Cathy packed all the essentials. However, the most important thing was what the trip gave her. Cathy now has no limits or boundaries to where she can go and what she can do. She has begun planning her next trip to Branson, Missouri.